In part 4 we will be stitching the little sheep and the holly bush on the back of the cottage. 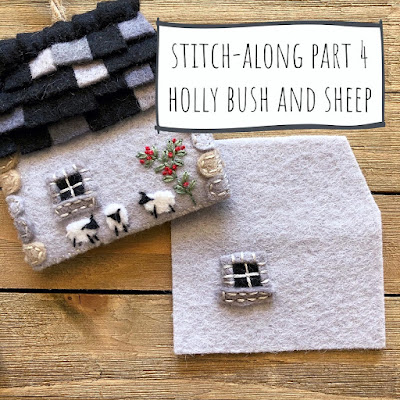 Using two strands of green, backstitch the branches of the holly bush and then go back in and add lazy daisy stitches for leaves.  Using a single strand of red make some double wrap french knot berries.  Sometimes I do some double wrap and some single to get different sizes.  These steps are shown in the videos below. 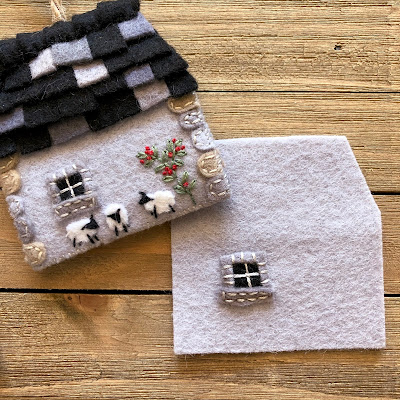 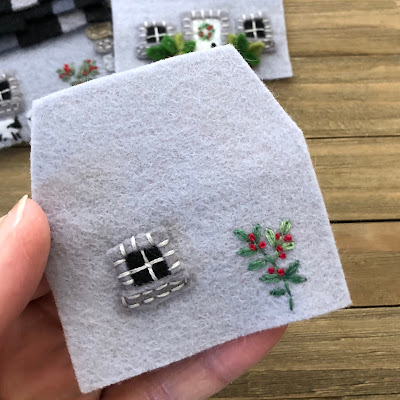 To cut the sheep, either use the pattern pieces or simply cut some small white uneven blobs! The pattern pieces are very small and I think it's easier to cut the shapes freehand.  Position the sheep body as shown in the video and use a single strand of black thread to stitch a triangle for the head and then two stitches for the ears.  It's ok for the ear stitches to go in all directions because, honestly, it's the ears that give the sheep their character!  Use the same black thread and continue on to stitch the legs as shown in the video.  Repeat for the other two sheep.  You should now have some cheeky little bouncing sheep!!! 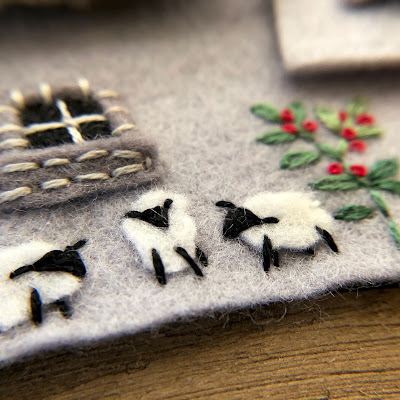 I love to read comments (unless they are spam!). Comments are moderated to filter out the irritating spammy stuff.

Stitching the ridge tiles to finish the ornament Take one ridge tile and wrap it over the ridge of the roof as shown below.  Using two str... 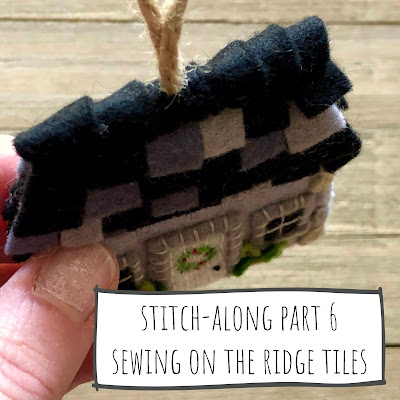 angele carter
Hi, Welcome to my blog! I'm an ex-pat Brit living in beautiful California where I find I'm constantly inspired by the natural world. I love to stitch and I've been working with felt for the last few years. I opened my Etsy shop in 2013 with the encouragement and support of a couple of special friends. You can find more of my work on Instagram and Facebook @fabricAndInk. This blog exists to document my inspiration and crafting endeavors. Thanks for visiting!