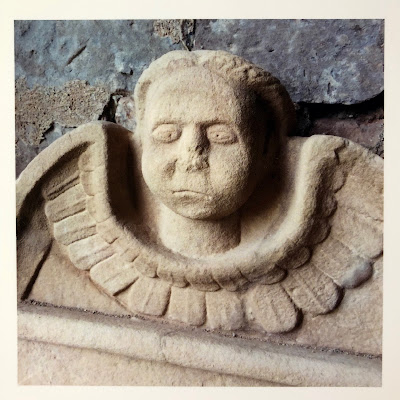 I've been wanting to experiment with making a pincushion shaped liked a tombstone for a long time.  I knew that somewhere I had the perfect inspiration photos as well - turns out they were on my old desktop computer in a really old file! When I travel to England, l like to visit and wander around old churches and churchyards.  There's just something very special about the old village churches with their eroded stonework and thick wooden doors studded with hand forged ironwork.  Often there are delicate stained glass windows and hand worked needlepoint kneeling cushions.  It usually smells a bit musty with overtones of wood polish and sometimes candles.  Outside, I like to wander respectfully around the tombstones and read the inscriptions and dates.  The ones I'm sharing here (except for that first one which I found in Scotland) were taken in a churchyard in Norfolk, England and a couple of the stones date from the early 1700's.  This was the first time I'd seen stones with skulls and crossed bones which I thought was really intriguing.  This was a coastal village, so were they smugglers or pirates?  Or maybe plague or smallpox victims?  Or possibly criminals - but then they probably wouldn't have been buried in the churchyard with a nice stone.  A little research showed that these were simply symbols of mortality which honestly was a bit disappointing! 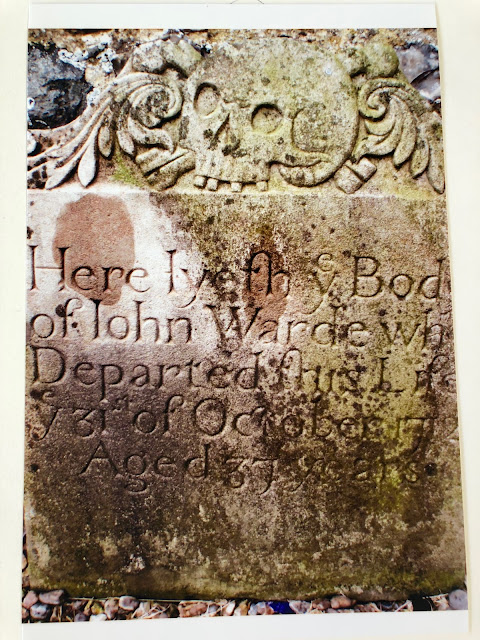 This poor chap above, passed away on Halloween in 1712! 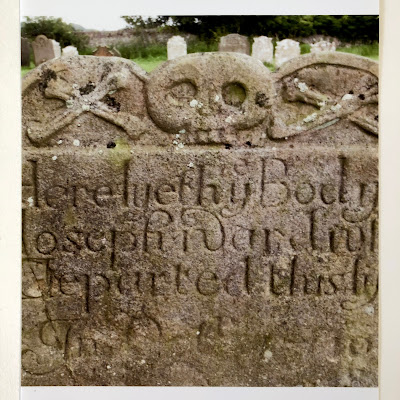 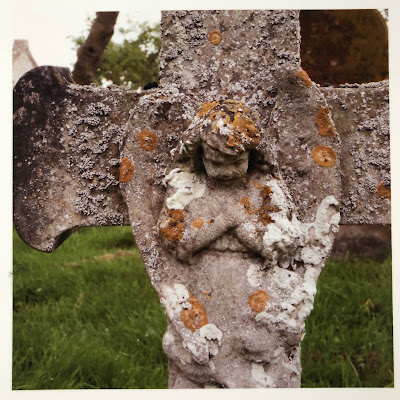 I found a book with lots of interesting photos of gravestones taken in the Eastern US.  I always research and sketch a new design, it takes time to do that and I find I think about all the details while I'm out walking with the dog or making dinner.  I need to process the information and form a picture of what I want to make and how I want it to feel. 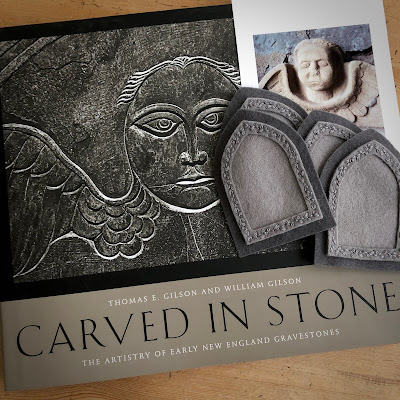 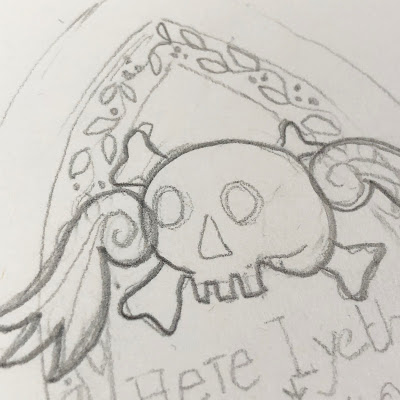 I work with lots of layers of felt to add dimension and interest.  I also play with the different shades of color to create depth and shadow.  Sometimes it works and sometimes a design fights me all of the way!  I'm struggling a bit with this one today, it's not quite going how I want and I've ripped out stitches a couple of times.  However I'm holding onto the fact that often the ones that fight me the hardest are the ones I end up liking the most! 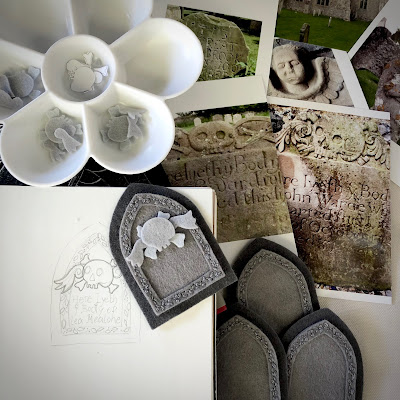 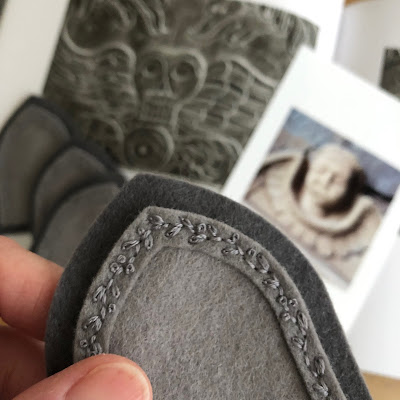 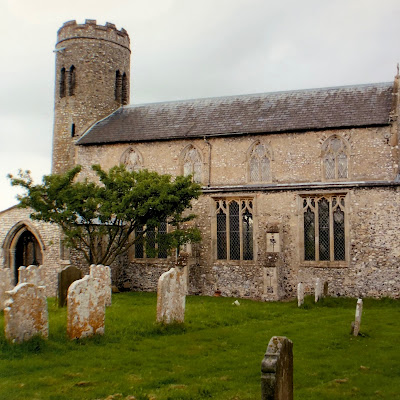 Comments are moderated to filter out the irritating spammy stuff. 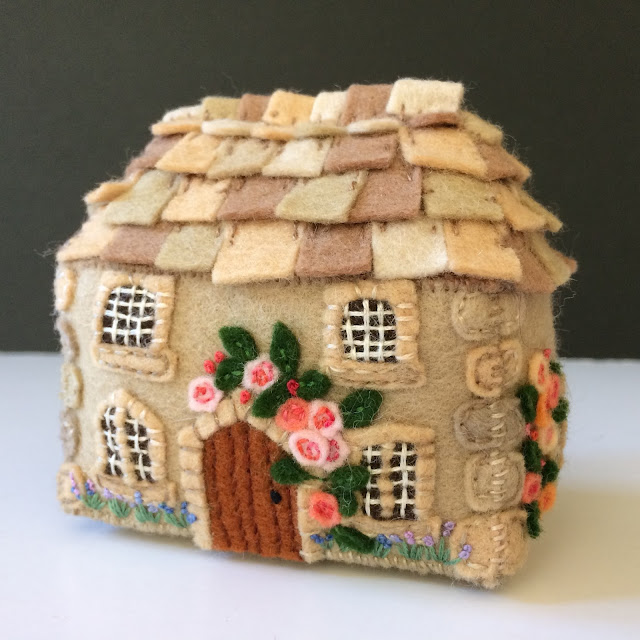 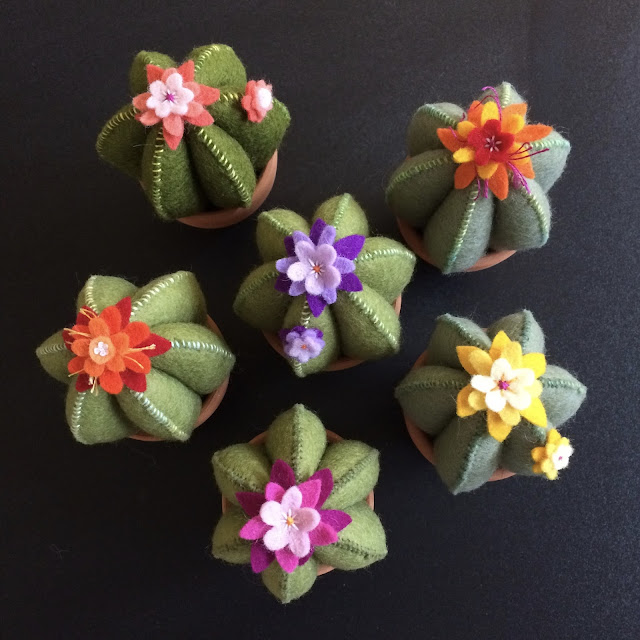 How To Make A Felt Cactus

angele carter
Hi, Welcome to my blog! I'm an ex-pat Brit living in beautiful California where I find I'm constantly inspired by the natural world. I love to stitch and I've been working with felt for the last few years. I opened my Etsy shop in 2013 with the encouragement and support of a couple of special friends. You can find more of my work on Instagram and Facebook @fabricAndInk. This blog exists to document my inspiration and crafting endeavors. Thanks for visiting!